My father passed in August this year, I felt very blessed to have taken photos and videos with him on my wedding day. Watching and looking at the photographs of him do bring on tears at times but it was a good way to have a little memento of him being around to walk down the aisle with me. 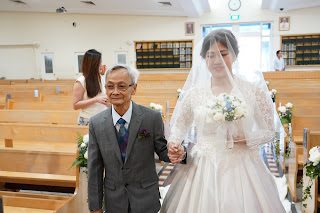 Invest in a professional and affordable videographer and photographer – I wanted a no-frills wedding photography service that might not have aerial drone photography a whole entire team etc. What was most essential is a non- earthquake videographer who won’t lose all the precious moments captured and a photographer who take various beautiful photos even in the dim lights of the wedding banquet. I found all that with Simon Video & Photo Service.

All-in-one wedding service – It was a blessing to find Simon Video & Photo Service as they provided the all-in-one service I needed. Namely, a photo booth to entertain the guest in the evening, 1 Wedding car, 1 car for the bridal party a photographer and a videographer. At my wedding, my cousin recognised him because he engaged to him during his son’s wedding. Simon also has a good reputation with corporate companies; if you browse his Facebook page you would be able to view his portfolio.

My mother-in-law adored flipping through our wedding album; she said everything was very well taken. Max was the photographer for Simon’s wedding video. Both Max and Simon were very kind, cheeky and friendly. 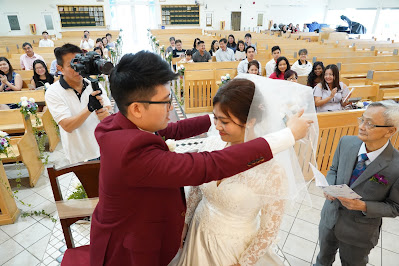 Saving cost on making your own childhood montage – I used pinnacle studios to edit our childhood montage, it took me about 8 months to do as it was done gradually but I am glad it saved us some money as well having the montage design to our own particular taste.

Gate crash games to play – It is a Cantonese tradition that has been adopted by most Singaporean, teasing the groom and the groomsmen to test the groom’s determination to get to his wife. I wanted some fun games but nothing too embarrassing or tiring for our wedding party who are dressed in their best, we have a church wedding to get to in an hour so we play 4 simple games categorised as Sweet, Sour, Bitter and Spicy.

Game 1: Sweet using only their mouths to bite off bread into the shape of the names of the couples as well as eat honey with jellies to symbolise sweetness in the couple’s lives. 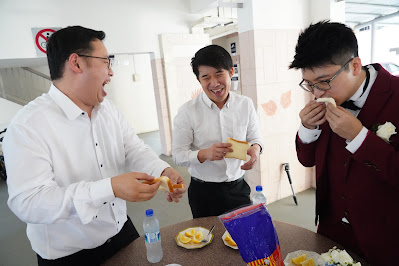 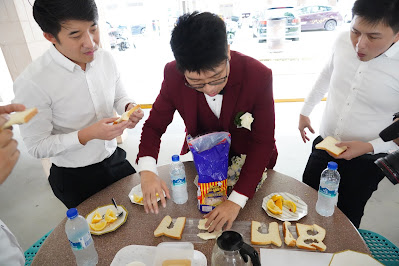 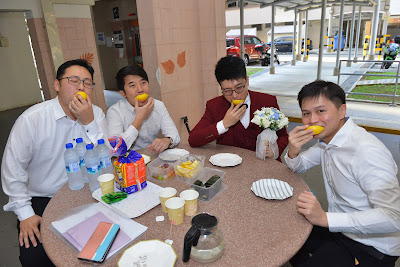 Game 3: Spicy the guys have to pose like the pin-up girls we provided them with and eat wasabi sandwiches. 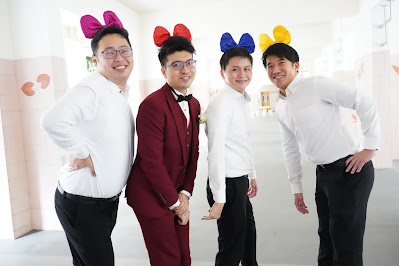 Game 4: Bitter Guess the facial expressions; I have to give credit to Esther Xia for this as I found the game adorable. The guys just had to drink bitter gourd tea. 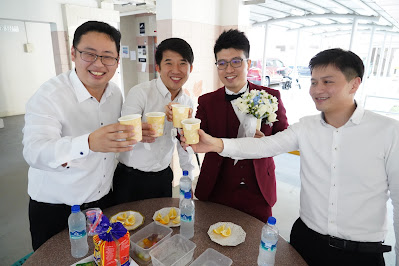 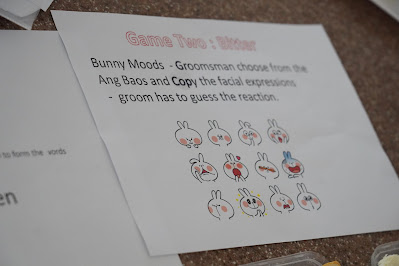 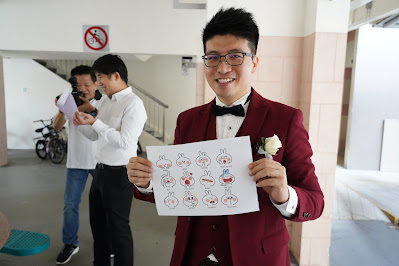 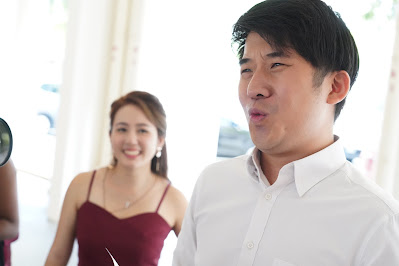 Bryan was a very sporting groomsman he arrived announcing that he was prepared for the buffet, Terry was very clever he chose the easiest letter to form with the bread the letter I. Simon the videographer also provides commentary during each game making the games even funnier and more fun.

The bridesmaid too had fun acting bitchy and demanding during the games requesting bigger angbaos. My neighbour did who happened to be at our void deck also had a good laugh all in the name of good fun. Everything went very smoothly and we were all set to head out for church.